Three knitters show how the Korsnäs sweater was made in the time before circular needles. 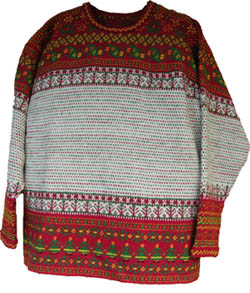 The Korsnäs sweater, a special kind of sweater made and used in Korsnäs during the late 19th and early 20th centuries, has experienced quite a renaissance in the last few decades. It is a unique piece of clothing, mainly because it has both crocheted and knitted sections in bright colors, and was originally mostly worn by men on special occasions. The sweater was made under the supervision of knowledgable master craftswomen. The knitted parts of the sweater were frequently knitted by three women simultaneously.

The museum’s collection is comprised of several Korsnäs sweaters of earlier and later origin. The oldest is from 1864.

Gretel Dahlberg, who has done research into the history of the Korsnäs sweater, draws in her book Korsnäströjor förr och nu (”Korsnäs Sweaters Then and Now”) a captivating picture of the history of the patterns and knitters, as well as giving instructions on how to make a sweater yourself. The book is richly illustrated. 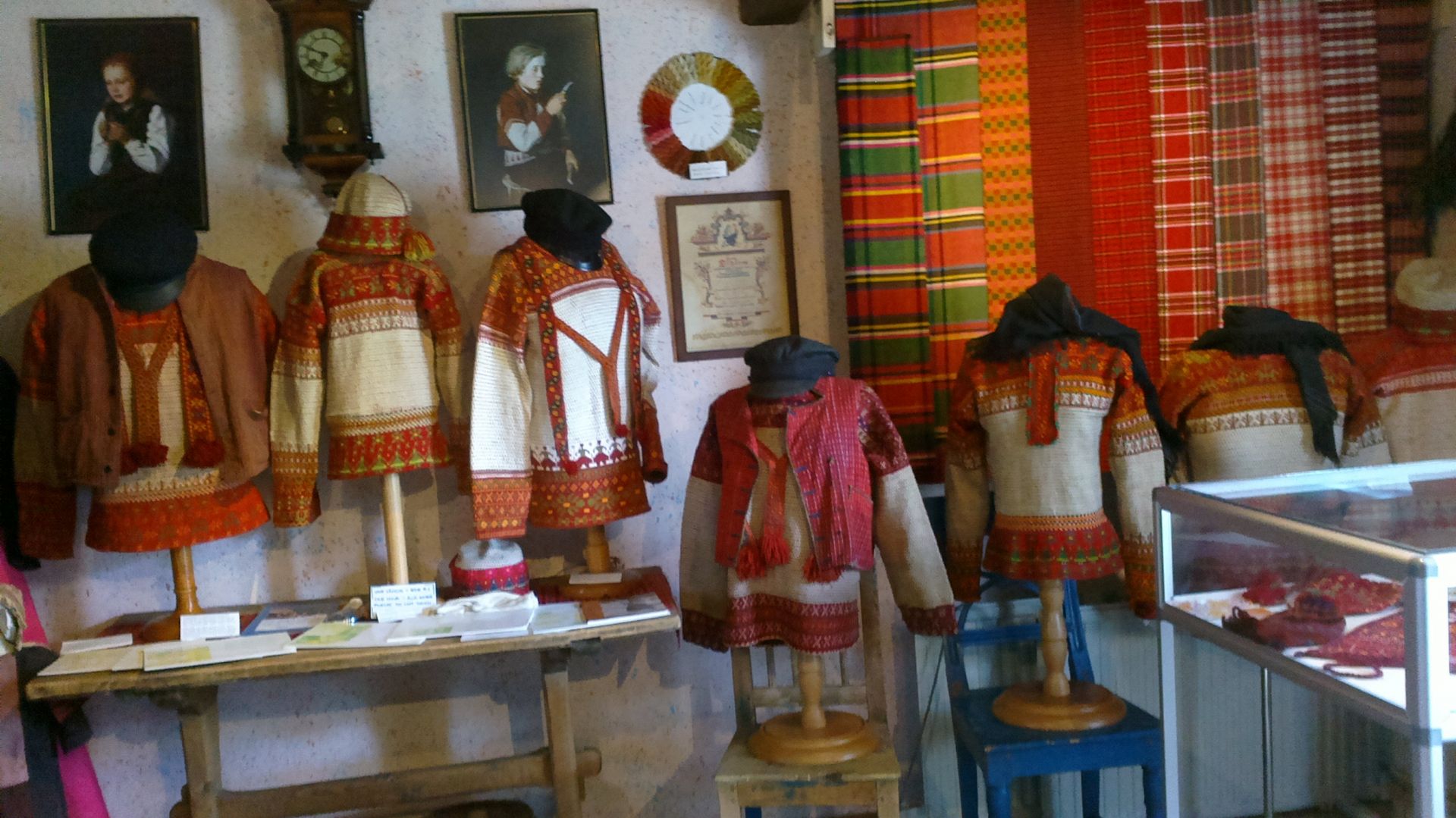 Our video about the sweater (In Swedish)

Segment on the sweater from the TV show Strömsö (In Swedish)